I once tried to convince my boss back in the ’80s to let us get Tetris for the computer at work because it was a great design training tool. He didn’t buy it. Which is a shame, because I learned as much about page layout from Tetris as I did from any class at the Art Institute of Pittsburgh. I felt vindicated again when, just recently, I saw the checkout guy at the supermarket carefully stacking and packing the grocery bags in a particular order. “You’ve got a good system there,” I said. “I play a lot of Tetris,” he replied. I laughed and we ended up holding up the line as we talked. It turned out he worked for UPS during the week and that his boss actively encouraged his employees to play Tetris — it helped them pack the trucks more efficiently.

It is addictive and useful and still wildly popular — not bad for a title that’s almost 30 years old. Unlike virtually every other video game, Tetris has had an exceptionally long life with very little change in its design, across numerous platform evolutions. (And now it’s having another resurgence on smart phones worldwide.)

It is also one of the rare gems that’s become a pop culture touchstone — certainly in geek culture. Last year students at MIT programed lights in a 20-story campus building so they could play the game. On the side of the building. It frequently shows up in memes, like this so-obvious-you-can’t-believe-you-didn’t-think-of-it-yourself cartoon. 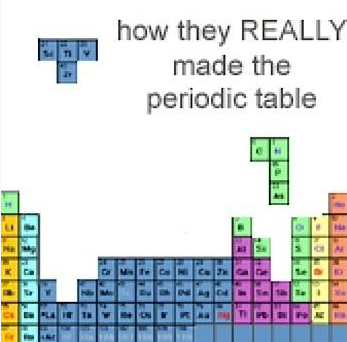 Again, not bad for a 30-year-old video game.